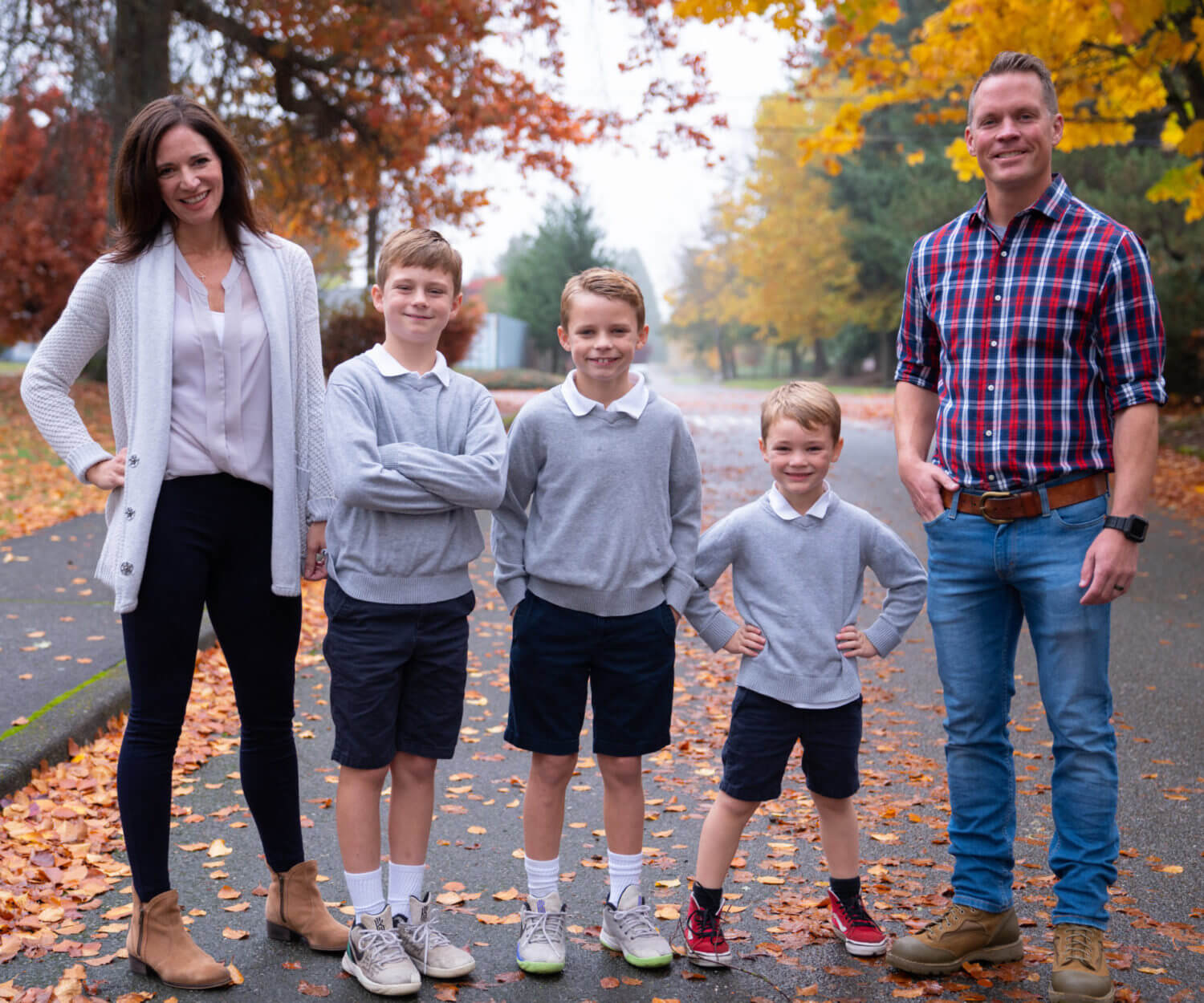 Pastor Dan Shaw, and his wife Kim, have been at Emmanuel since 2009. They were married January 2009. Their story together, however, began long before their engagement and marriage.

In 1958, Dan’s father and Kim’s father played basketball together at Stadium High School. Growing up 6 blocks away from each other, Dan and Kim attended Bellarmine Prep at the same time, while Kim was a senior and Dan was a freshman. Kim developed a “secret” crush on Dan, and the two hung out a couple of times.

God brought them back together 17 years later when Dan returned from serving in Iraq. After the war, Dan resumed coaching football at Bellarmine and was pleased to learn that his nephew, Ben, was best friends with Kim’s nephew, Bryce, and both played on the football team. With Kim’s still very prevalent secret crush now made public, the two were married within 8 months. Babies came quickly thereafter, and in the form of 3 boys: Luke, Eli, and Chance.

Dan and Kim love seeing people come to faith in Jesus, and grow in their walk with Him. They are passionate and excited about what God is doing in the Church and in Tacoma. They believe that every heart has a longing for connection with Jesus Christ, and that He is the only way to an abundant, fulfilled life (John 10:10 NIV).